Important Issues of Our Campaign

New York families deserve a high-quality educational system that is tightly coupled with Science, Technology, Engineering, and Math (STEM) and increased after-school programs.  As a graduate of the public school system, education remains a critical priority for Michaelle in the legislature.

Every budget cycle, Michaelle and her colleagues allocated millions of dollars more in education funding to Long Island school districts. In addition, Michaelle has personally allocated grants to enrich educational programming.  One of her long-term goals is to establish a comprehensive early childhood education system based on universal pre-kindergarten on Long Island. Michaelle will continue to support investment in education and make certain that the monies provided address the respective needs of each district and its pupils.

Michaelle will continue to closely communicate with school districts and coordinate efforts to enhance the infrastructure of our schools. Furthermore, she is committed to ensuring that all students have equal access to education and to promoting excellence in our schools. 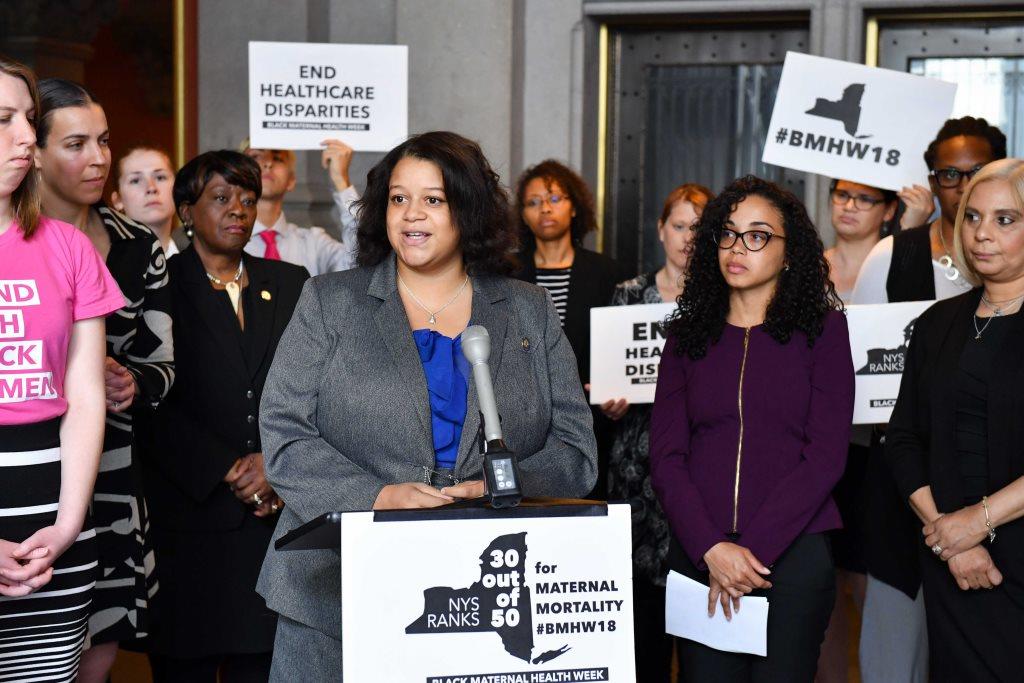 Michaelle believes that healthcare is a fundamental human right – not a luxury. Simply stated, when it comes to healthcare no one should be left behind. Instead of stressing over high co-pays and skyrocketing insurance premiums, we can ensure that every New Yorker has the coverage that they need. Michaelle supports common-sense legislation that protects the rights of patients not insurance companies.

She also supports the expansion of mental health services, the restoration of school-based health centers, and early intervention programs. She is a co-sponsor of the NY Health Act and is committed to prioritizing people over profits. 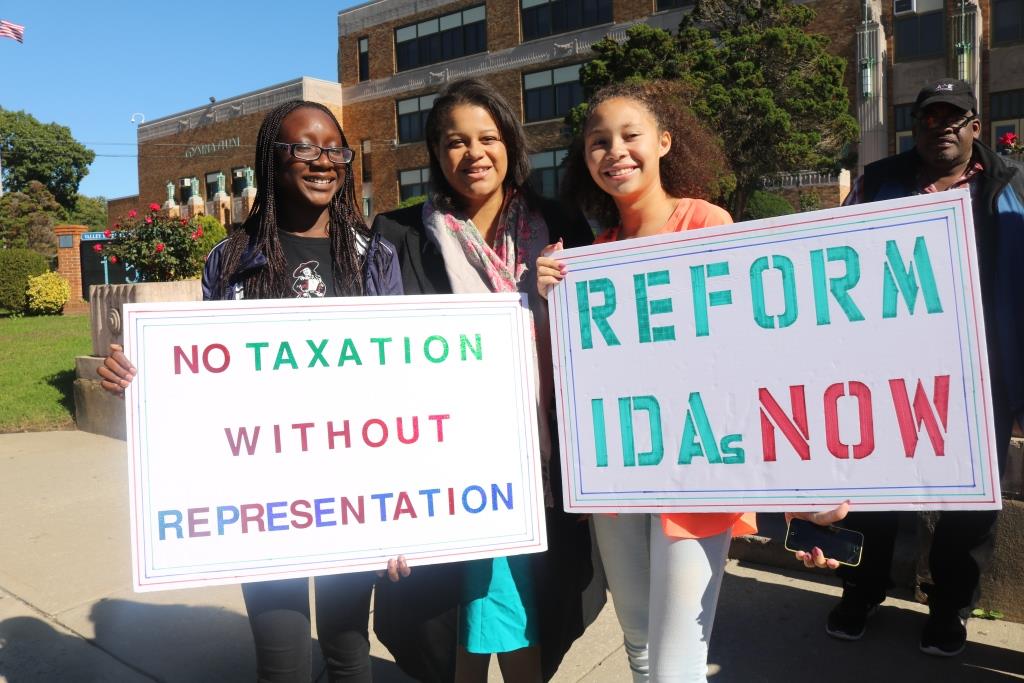 Michaelle has vowed to bring more accountability to Industrial Development Agencies (IDAs). The Town of Hempstead IDA awarded a $14 million payment in lieu of taxes (“PILOT”) agreement with Macerich, owner of the Green Acres Mall. As a result, the hardworking residents of Valley Stream were burdened with an unfair and high property tax increase.

The Industrial Development Agency is designed to be a tool for economic growth and development on a local level. However, many residents are unaware of their respective IDAs and the role that they play in our taxes. Consequently, Michaelle has introduced multiple bills in the legislature aimed at improving oversight for IDAs. Legislation such as requiring all IDA meetings to be live-streamed and recorded, giving the County Comptroller audit powers over the agencies, and mandating formal communication between IDAs and taxing authorities like schools. These measures will help increase the transparency surrounding the numerous tax breaks, credits, and exemptions IDAs award each year. In order to prevent abuses, it is imperative that we increase the accountability surrounding PILOT agreements.

From fighting for a higher minimum wage – because an honest day’s work should always result in an honest day’s pay – to spearheading a paid family leave program, Michaelle knows that New York State is only as strong as its workers.

Raised in a union family and by a former union member, Michaelle knows that organized labor is an important part of our State. Unions protect workers from various cases of abuse, such as arbitrary firing and unsafe work conditions. Unfortunately, under the current state of affairs, unions are under attack. Michaelle has a long-standing relationship with unions and remains a true friend of organized labor. Michaelle supported legislation that allows workers to collectively bargain for benefits, wages, and an acceptable work environment.

**Safeguarding Our Environment for the Future 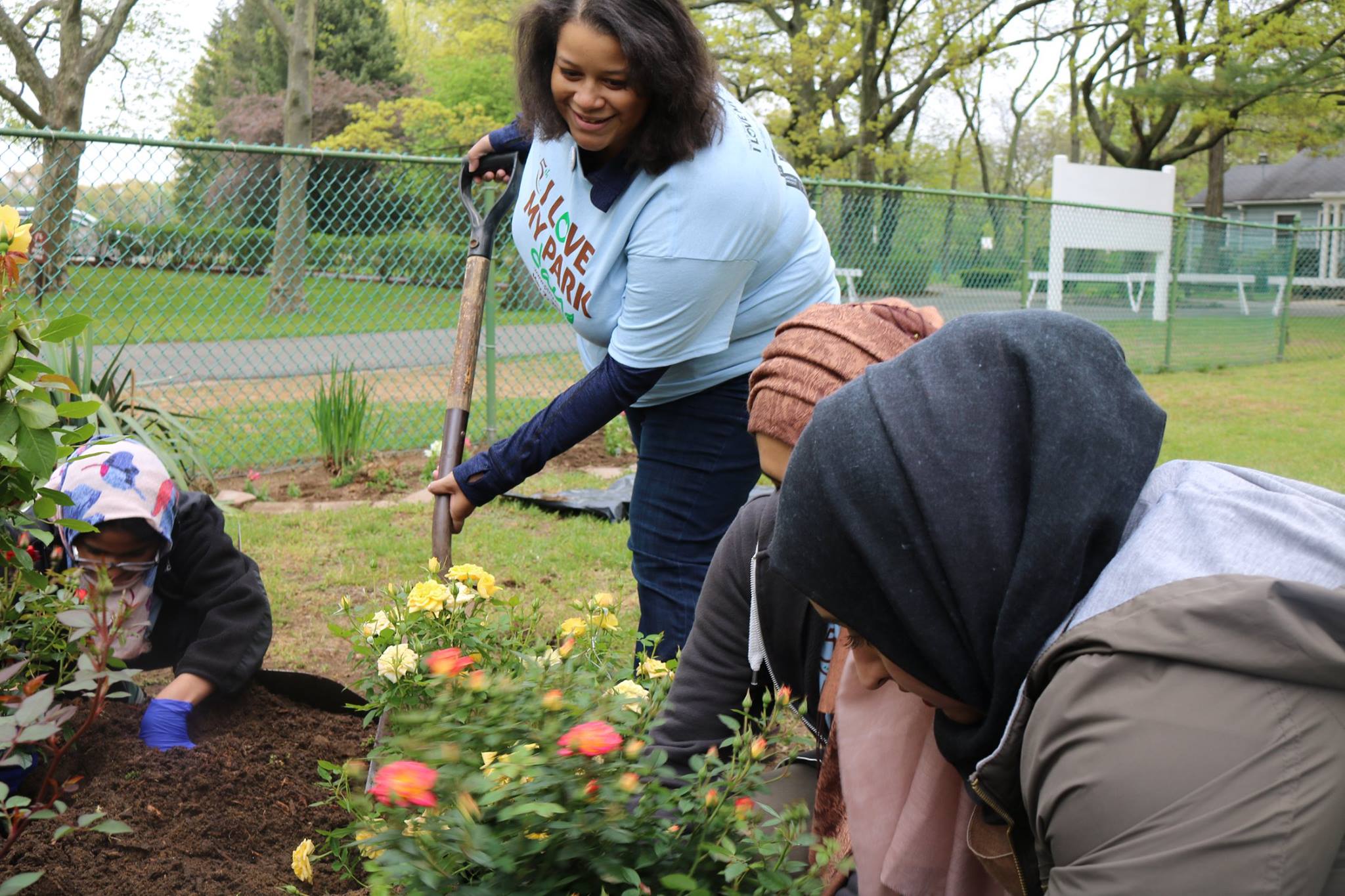 The current federal administration has made it clear that slashing regulations to appease big business is more important than safeguarding the health and safety of everyday New Yorkers. As a leading advocate for environmental issues, Michaelle understands that our state must take the lead and do our part to protect the environment. She is a proud co-sponsor of the Climate and Community Protection Act, which would expand green jobs, and enact policies that rescind decades of detrimental environmental legislation.

Michaelle knows that we must pivot toward the renewable energy sector and pass promotional policies that will promote green jobs. She has also advocated for the necessary funds and other infrastructure to support sustainable farm operations. Most recently, Michaelle was given a 100% rating by the EPL/Environmental Advocates’ legislative scorecard.

Michaelle has co-sponsored and voted in support of several laws to address the ongoing heroin problem. The opioid crisis continues to wreak havoc in communities across our state, claiming countless lives each and every year. From 2015 to 2016, the number of drug deaths in New York State – fueled primarily by opioids like fentanyl and heroin – increased by nearly 30 percent. This crisis requires federal, state, and local governments to collaborate efforts to allocate monies for treatment and prevention services. Michaelle has helped to increase funding to support additional residential beds and opioid treatment program development. Michaelle hopes and prays that her work will help to turn the tide against this awful drug crisis.

Ending Gun Violence in Our Communities

We have lost too many lives to gun violence. Michaelle will not waiver in her commitment to protecting New Yorkers from senseless gun violence. She voted in support of the NY Safe Act, a groundbreaking and comprehensive law that requires the registration of assault weapons, closes loopholes and cracks down on the gun violence ravaging communities across the state. 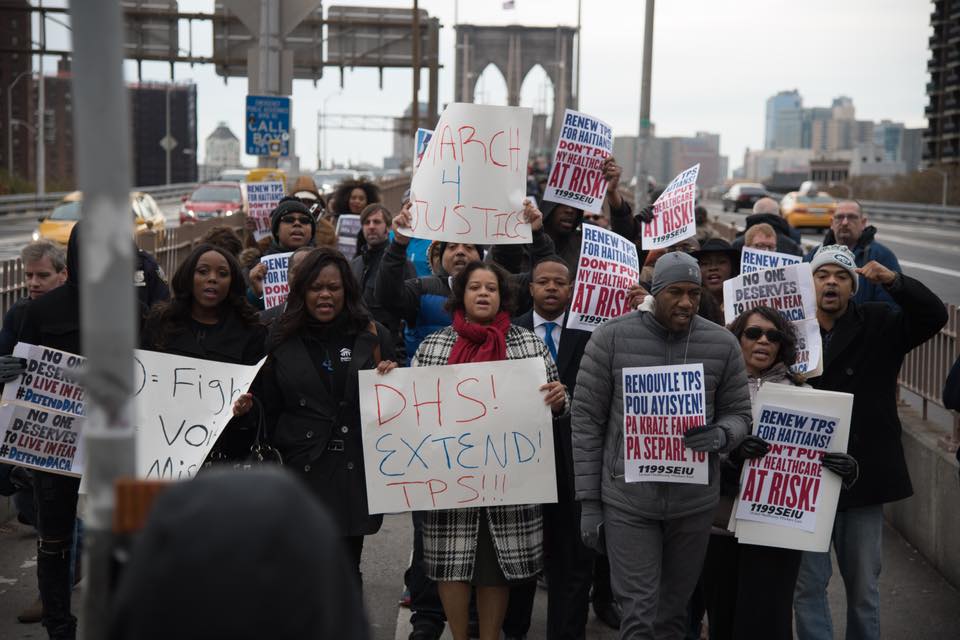 Michaelle was the first person of Haitian descent to be elected to the New York State Legislature. She believes this nation was built by immigrants and their dreams for a better life. People who immigrate to New York have inalienable human rights regardless of their race, creed, or color.

As Chair of the Task Force on New Americans, Michaelle will continue to advocate for the protection and support of our newest New Yorkers. She introduced many pieces of legislation including a bill to ensure that temporary protected status (TPS)  beneficiaries continue to receive Medicaid benefits. Further, Michaelle introduced a bill (Protect Our Courts Act) to prevent warrantless arrest in New York courts by the U.S. Immigration and Customs Enforcement Agency (ICE).

Women across the country only earn 80 cents for every dollar a man does. While our state has one of the lowest wage gaps in America, Michaelle believes it is time we pass the New York State Fair Pay Act. This bill would make it unlawful to pay different wages to employees doing the same job on the basis of gender, race, or national origin.  It is crucial to have women in positions of power to enact legislation to safeguard women’s’ rights.

Moreover, even on the 100th anniversary of the women’s suffragist movement, women are still pushing for their reproductive and bodily rights. Michaelle has been at the forefront of this fight here in NY and has received a 100 percent rating from Planned Parenthood Empire State for her work to protect women’s reproductive healthcare.

In late 2019, Michaelle crafted the first legislation in the nation that would establish a ban on the practice of virginity testing and would impose harsh penalties on any doctor in the state who attempted to perform such testing. She had passed similar legislation earlier that year to ban the practice of performing non-consensual pelvic examinations in 2019, a practice that was common in teaching medical institutions.

She has also provided resources to local businesses, schools, and non-profit organizations.  She has secured millions in grants. Projects funded through the office include the teen center at the Elmont Memorial Library, updated water infrastructure for the Water Authority of Western Nassau County, South Floral Park Fire Department, equipment grades for Valley Stream Civilian Patrol, and road resurfacing in Bellerose Village.

Michaelle has worked to advocate for social justice in Long Island as well as the Assembly Chamber. She is a voice for the disenfranchised and uses her position to highlight the racial inequities in health care, education, housing, and the environment.

She believes that increased transparency in law enforcement is vital to initiating a bond of trust between police officers and the communities they serve. That is why Michaelle supported bills such as the repeal of 50-a, the expansion of law enforcement body cameras for officers, and the Right to Monitor Act.